The area now knows as Eritrea was awarded to Ethiopia in 1952 as part of a federation. Ten years later Ethiopia annexed Eritrea as a province, which started a 30-year struggle for Eritrean independence. A long struggle for independence ended May 24, 1991 with Eritrean rebels defeating governmental forces. Independence was overwhelmingly approved in a 1993 referendum. 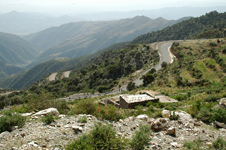