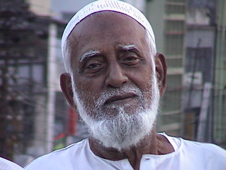 Europeans began to set up trading posts in the area of Bangladesh in the 16th century.

Eventually it became part of British India. In 1947, West Pakistan and East Bengal (both primarily Muslim) separated from India (largely Hindu) and jointly became the new country of Pakistan.

East Bengal became East Pakistan in 1955, but the awkward arrangement of a two-part country with its territorial units separated by 1,600 km left the Bengalis marginalized and dissatisfied. East Pakistan seceded from its union with West Pakistan in 1971 and was renamed Bangladesh

About a third of this extremely poor country floods annually during the monsoon rainy season, hampering economic development.